Alvero factory is one of the largest solid hardwood interior door manufacturers in Russia. The collections of interior doors «Alvero» and «Viporte» include more than 50 models in 60 finishes.

The production uses time-tested carpentry traditions combined with modern technologies and equipment. We create stylish high-quality doors that will decorate any interior and fill your home with the warmth of natural wood. 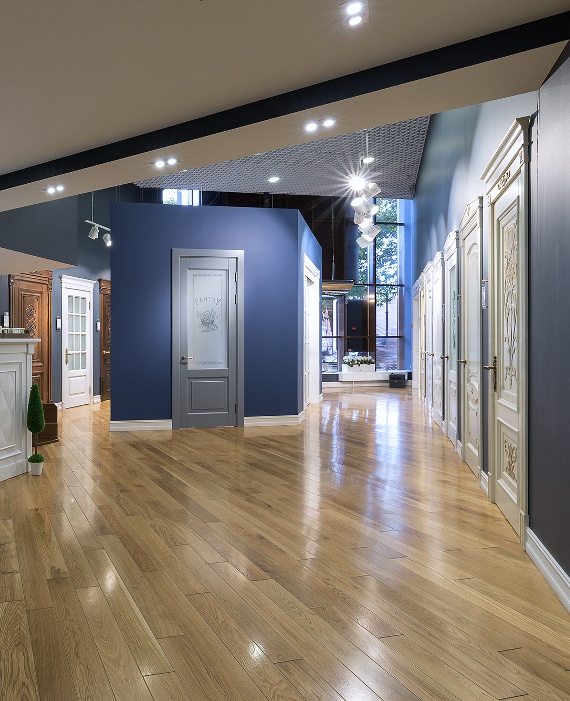 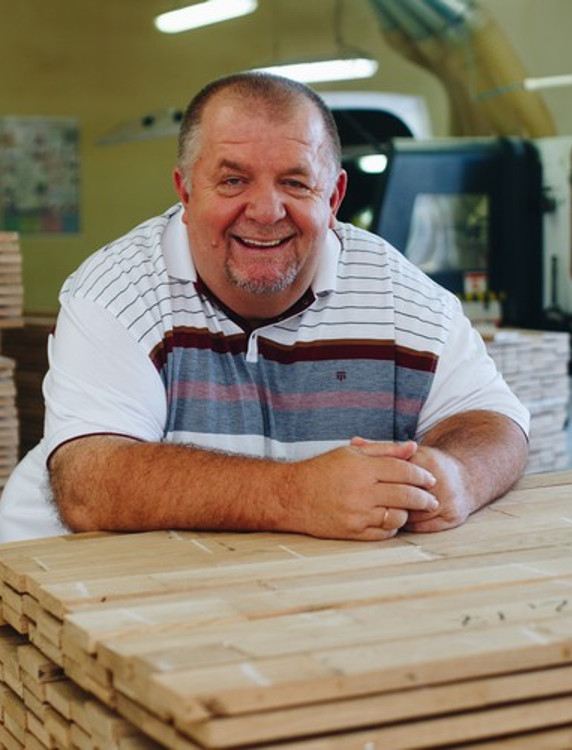 Basok V. M.
director of the Alvero factory
(Honored Builder of the Republic of Adygea,
founder and Head of the Leader Group of companies since 2006)
The way to the doors of «Alvero»
2000
Beginning

The history of Alvero doors goes back to 2000, when the company «OSB» (Maykop), which produces components for the products of the door factory «Volkhovets», began to try itself in the production of interior doors of its own brand of beech and oak.

2004
Opening of the first store

In order to increase sales, a wholesale and logistics center of the OSB factory is being opened in Krasnodar. The new structure was named «Avangard» (later «Avangard-Door Fashion», then simply «Door Fashion»).

The first steps to popularize the new product were sales in Krasnodar itself, and the first store was opened. We tried to sell our interior doors in bulk in order to increase the number of dealers, and, accordingly, sales points, which would have a good effect on brand awareness.

It was a difficult time at the dawn of the establishment of factory production of domestic doors made of solid solid wood, when the phrase «Maikop doors» at best caused a condescending smile.

High customer orientation, favorable working conditions, attractive products, participation in regional and federal exhibitions, marketing efforts led to the fact that the doors of OSB began to recognize and choose. Now the phrase «Maikop doors» has become synonymous with high-quality doors made of solid wood.

The network of branded salons of the factory has developed in the cities of Russia and Kazakhstan, our official dealers began to buy doors in bulk on favorable terms of cooperation.

In 2006, some of the founders of OSB LLC left the project and organized a new factory «Leader». It was she who was destined to bring domestic doors made of solid wood to a qualitatively new level.

The director of the new production was Viktor Mikhailovich Basok, who had previously raised the OSB factory. This man gathered a team and, literally in the field, built a modern door factory, now known throughout the country, whose products do not leave the top lines of all sorts of ratings.

Refuting all the canons of the then production of doors made of solid wood, Viktor Mikhailovich came up with the idea of using «pure» three-layer glued solid wood in the door design. And despite the fact that this idea did not find support among colleagues at that time, on January 17, 2007, the first model of the factory, made entirely of spliced oak slats, was put on stream, named after the victory - «Victoria».

Today, this technology is widely and successfully used by many domestic and foreign door manufacturers.

«Victoria», «Alina», «Ekaterina» - the names of these models are known to many grateful buyers of our country. And the model «Tatiana» in 2009 took first place in the regional competition «100 best goods of Russia».

By 2010, the Leader doors firmly occupied their niche in the Russian door market. May 31, 2010 «Leader» awarded by the President of the Republic of Adygea A. Tkhakushinov diploma «For contribution to the development of the economy of the Republic of Adygea», and in 2011, the General Director of the factory Viktor Basok awarded a «Certificate of trust to the employer».

At the same time, simultaneously with the success of the production, there was a need to personalize the brand.

In 2011, the factory rebranded itself. The team of Alvero-Yug LLC creates and brings to the market the Alvero trademark, which is based not only on the visual sign and text block, but also on the philosophy of product promotion.

From this time, the doors of Alvero begin their history.

In 2012, the factory won the title ''Enterprise of the Year'' according to the International economic rating «League of the Best». The national business rating assigns the factory the title of «Leader of Russia»

The products of the subsidiary brand VIPORTE are steadily gaining popularity, as evidenced by the grand prix of the international interior and construction exhibition BATIMAT '2017 for the best design of the exhibition stand and the 1st place of the website viporte.ru in the All-Russian competition of sites and applications «Runet Rating-2017».

In 2017, LLC «Leader» was restructured.
Today, «Leader» is the company, including the «Factory Alvero» and «Factory Wiport».

The Alvero factory continues its development. There is an expansion of the model range, new trim options appear.

ФThe factory is a traditional participant of the BATIMAT exhibition. In April 2018, Alvero products were presented for the eighth time at the Crocus Expo IEC. As in previous years, the factory showed interesting new products and welcomed the connoisseurs of the «Alvero» and «Viporte» brands at its stand. This time, the factory's stand was again awarded the best Stand Design award «Best Stand Design-2018».

The Alvero factory continues its development. There is an expansion of the model range, new trim options appear.

Renewal and modernization of production with the transition to a full cycle. The presentation of the lineup of «Alvero» and «Viporte».

New corporate identity of the factory. 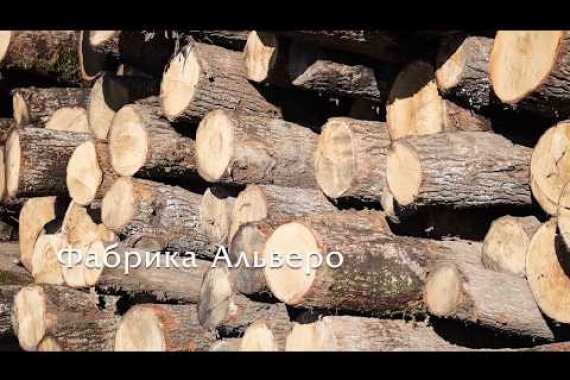 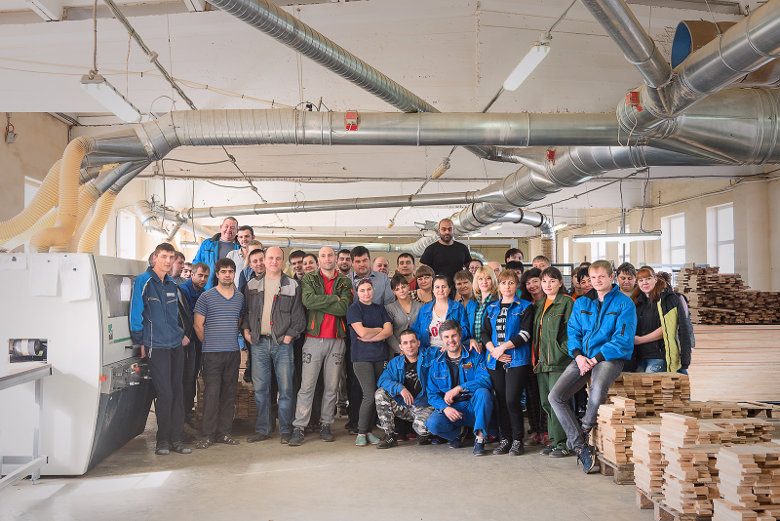 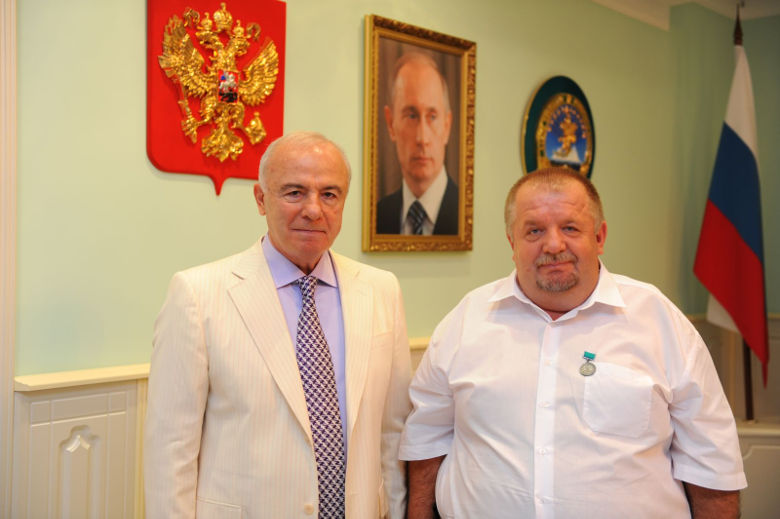 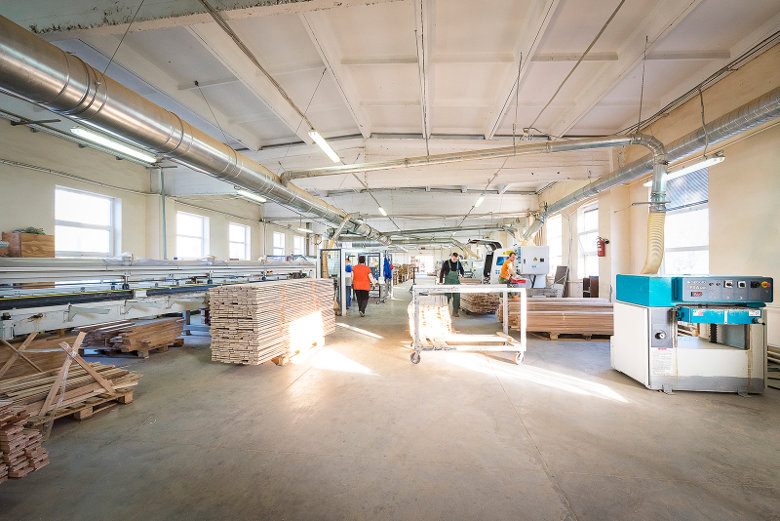 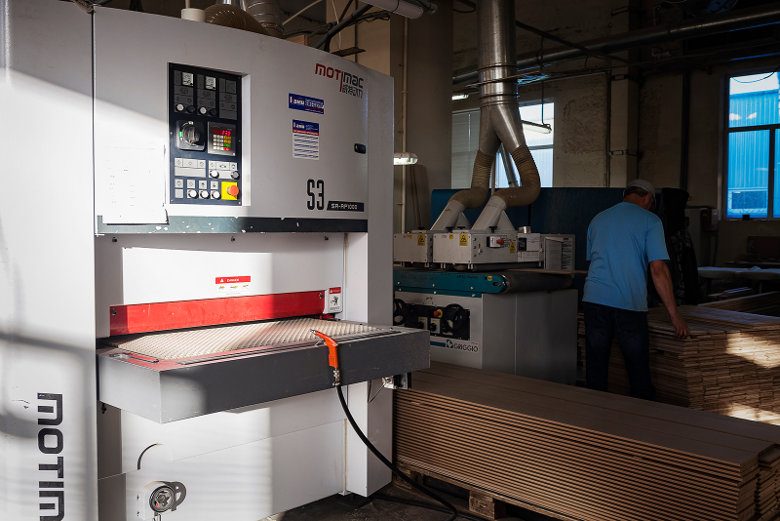 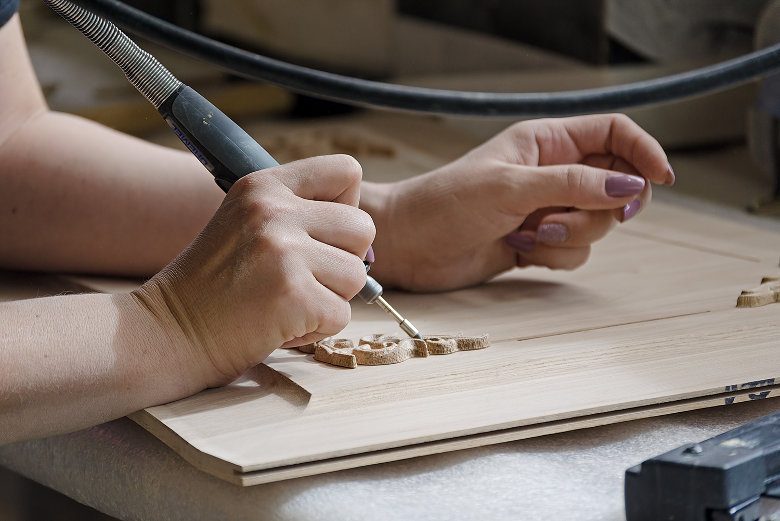 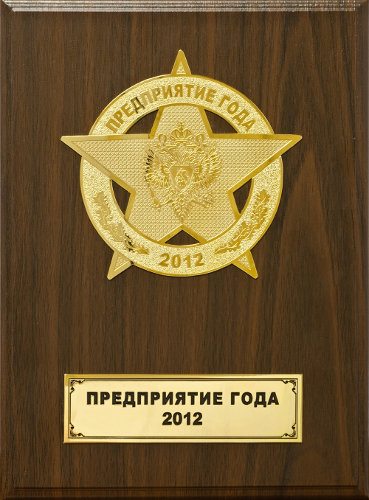 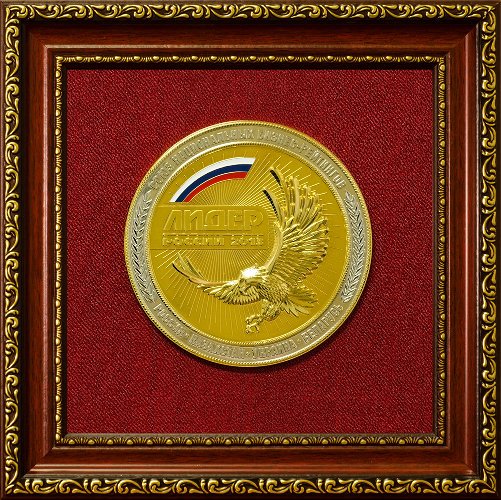 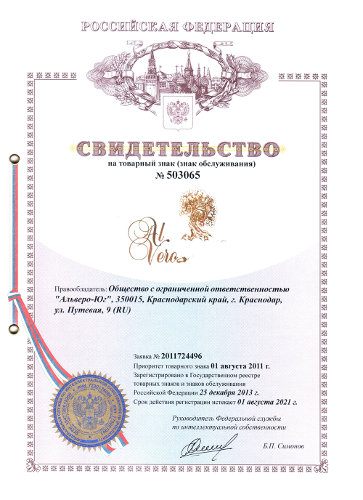 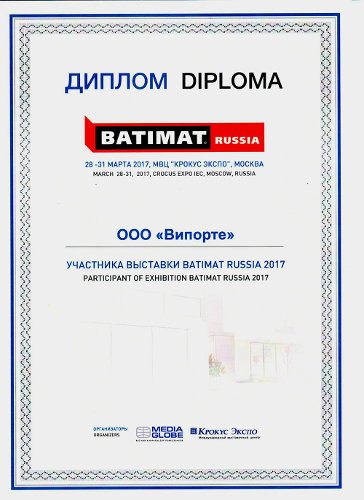 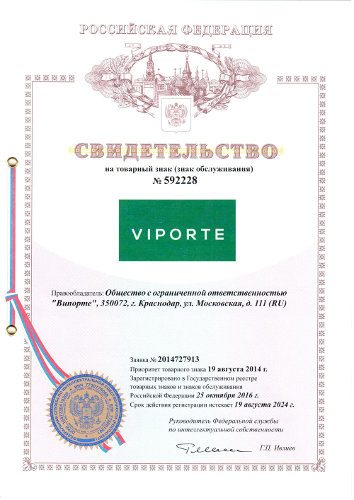 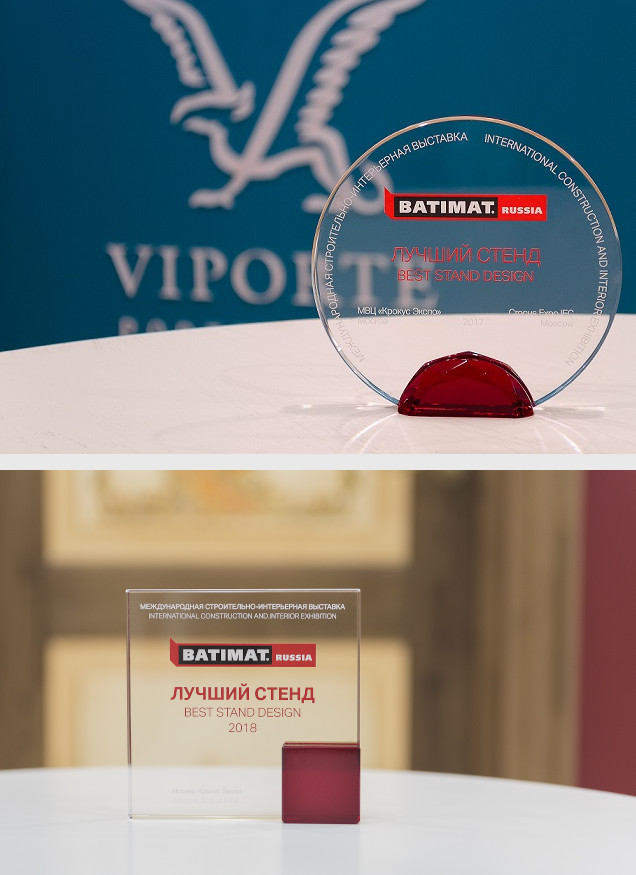 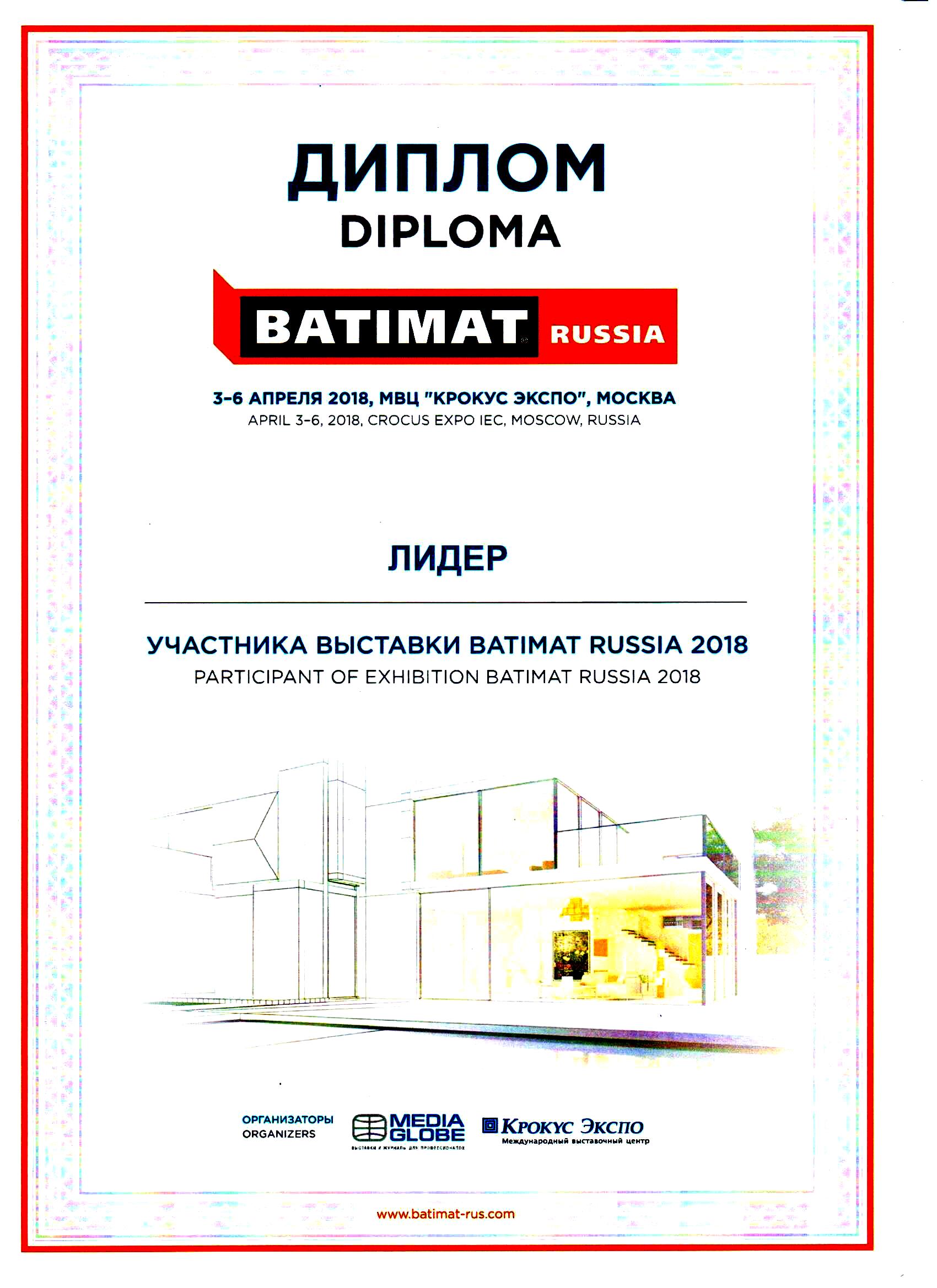 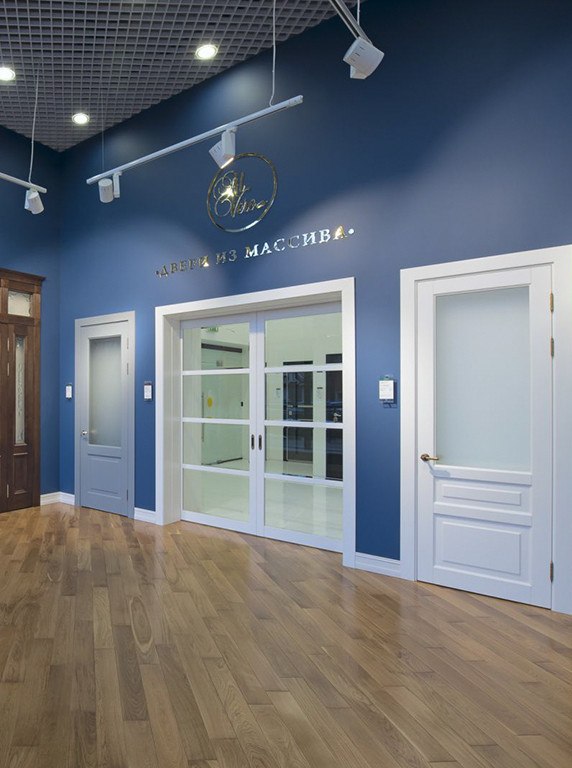